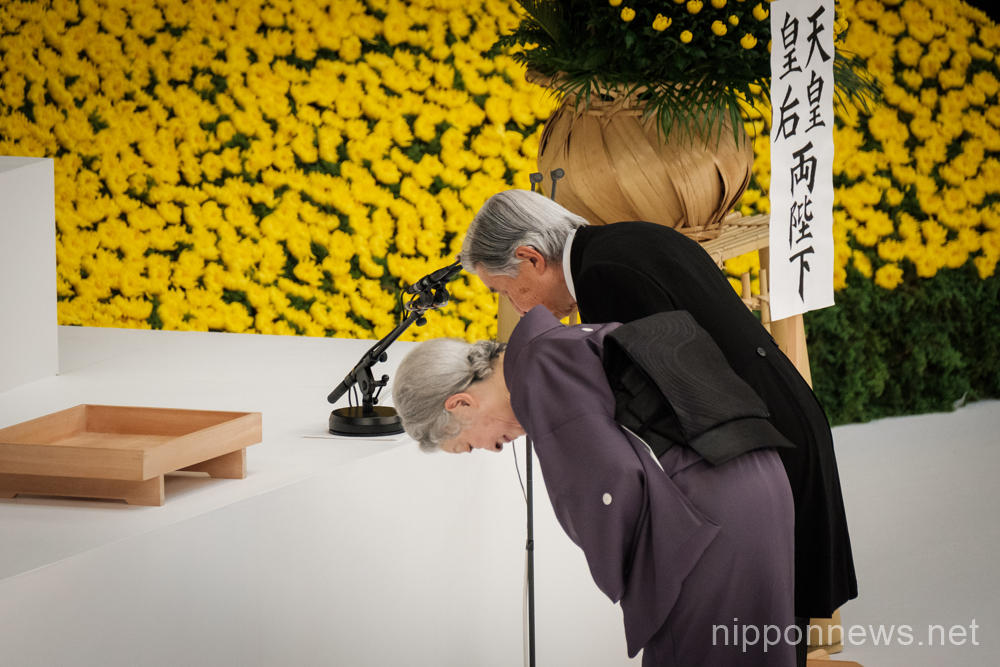 Japan marked the 73rd anniversary of the end of World War II.
Emperor Akihito and Empress Michiko attended the memorial ceremony at Tokyo Budokan Martial Arts Hall on August 15, 2018.
Some 7000 people, including bereaved families of the 3.1 million war dead attended the ceremony, which was the last for 84-year-old Emperor Akihito as he is set to abdicate in April next year. 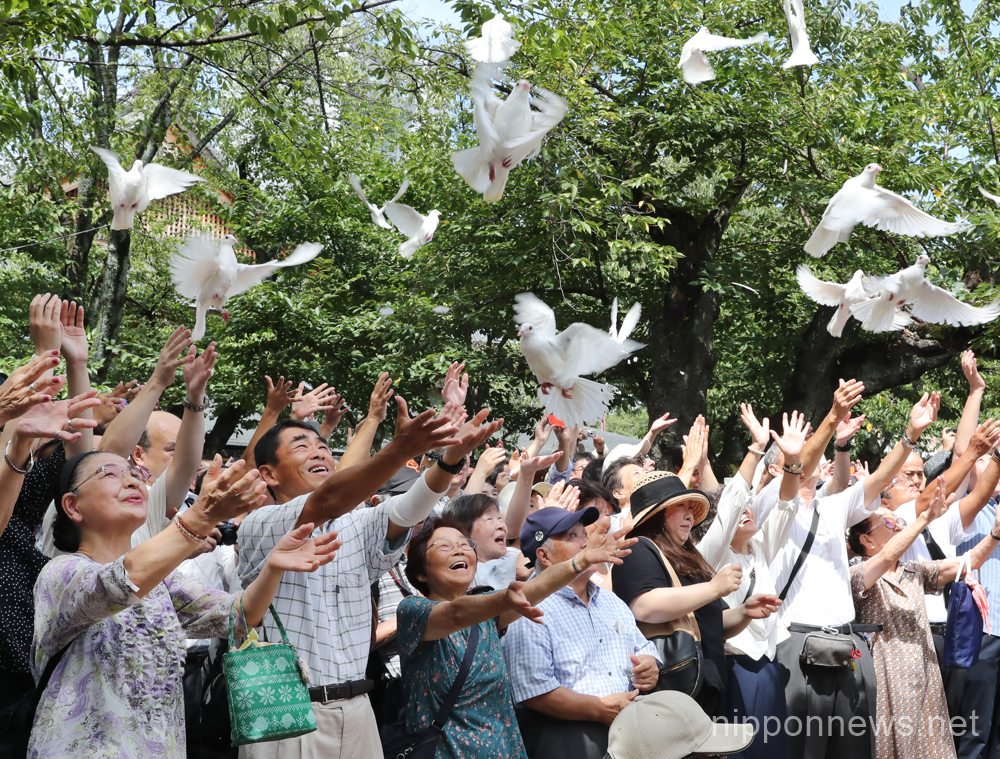 (Photo by Yoshio Tsunoda/AFLO)
People released white doves in the air to pray for peace at the controversial Yasukuni shrine.